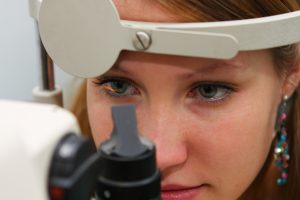 A recent study published in the British Journal of Ophthalmology showed positive outcomes when linking a popular class of diabetes medications with glaucoma prevention.

The medications, called GLP-1R agonists (Trulicity and Rybelsus), may also protect against glaucoma in diabetic patients, according to the study.

The results were found by researchers in the Scheie Eye Institute at the University of Pennsylvania’s Perelman School of Medicine, according to a Medical XPress article. The study findings suggest that GLP-1 receptor agonists may decrease a diabetic patient’s risk of developing glaucoma by half.

As January is National Glaucoma Awareness Month, it is important to know more about this family of eye diseases that damage the optic nerve. Glaucoma affects more than 3 million Americans and is the second leading cause of blindness worldwide.

More than 30 million Americans have diabetes, including 12 million seniors. People with diabetes are twice as likely to develop glaucoma.

Since there is no cure for glaucoma, scientists are researching new ways to prevent and treat the disease.

In the study, researchers looked at retrospective data of 1,961 diabetic patients who were new users of this class of drugs. They then matched them to 4,371 unexposed control subjects, according to a Medical Xpress article. After 150 days on average, 10 patients in the medicated group were newly diagnosed with glaucoma (0.5 percent) compared to 58 patients (1.3 percent) in the control group.

“It was very encouraging to see that a popular diabetes medication could significantly reduce the risk of developing glaucoma, and our study suggests that these medications warrant further study in this patient population,” said Qi N. Cui, MD, Ph.D., with Brian VanderBeek, MD, MPH, both assistant professors of Ophthalmology at Penn.

A Penn Medicine study from 2020 supports the findings, which found that GLP-1R agonists reduced neuroinflammation and prevented retinal ganglion cell death in mice.

Additionally, this class of drugs has shown similarly protective effects against Alzheimer’s and Parkinson’s diseases in animal models. Currently, clinical trials are underway to test the medications against neurodegenerative diseases, conditions in which cells of the human brain and spinal cord are lost.

Are You At Risk?

Glaucoma affects 3 million Americans and is the second leading cause of blindness worldwide. It is important to know if you are at risk. In addition to diabetes, risk factors for glaucoma include:

There is no cure for glaucoma. Early detection is of primary importance because there are usually no symptoms until permanent vision loss has occurred.

It is recommended that you schedule a comprehensive eye exam and let your ophthalmologist know if you are at risk for glaucoma.